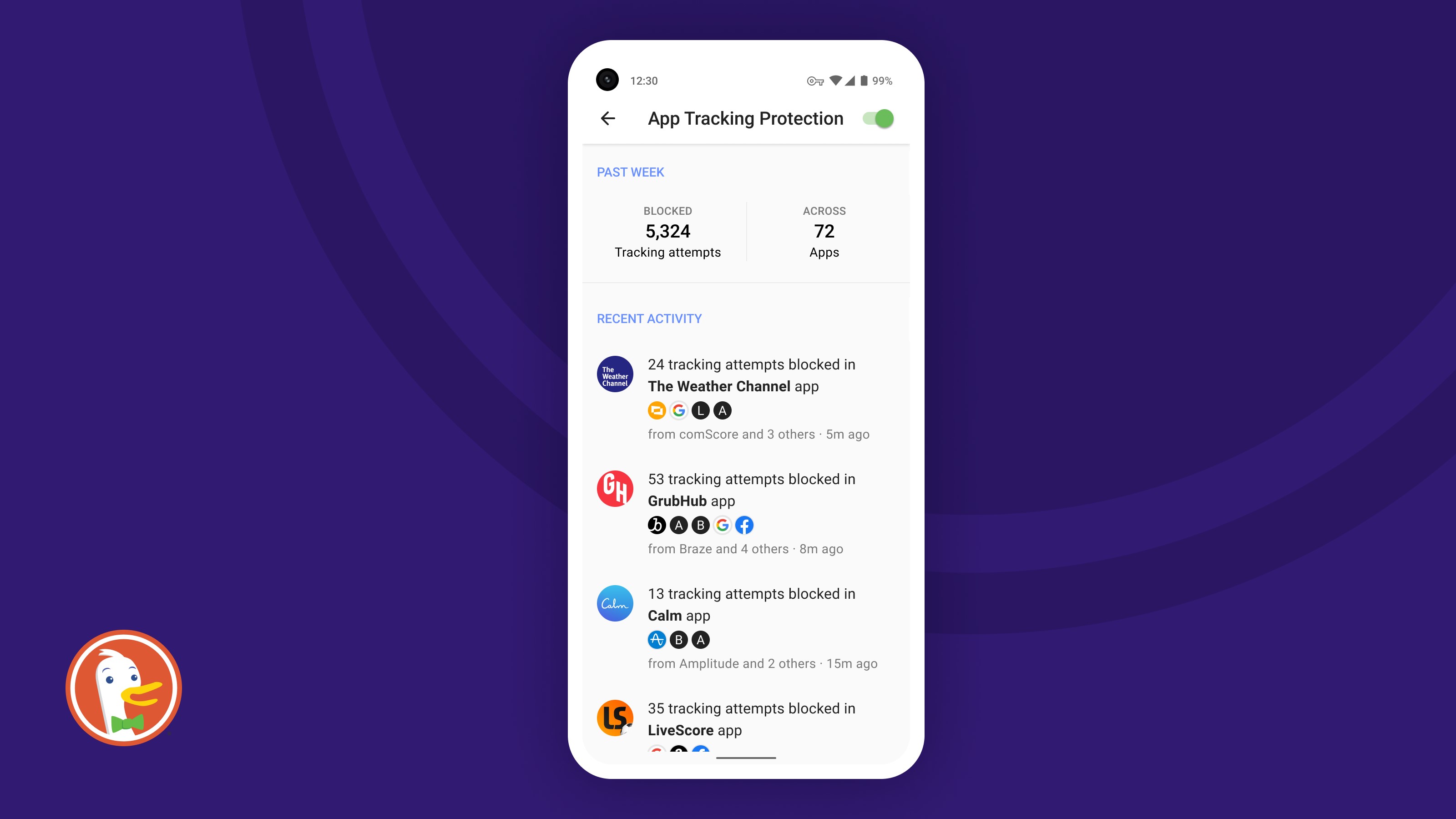 Whether you know it or not the apps on your Android smartphone are tracking your activity and sending data about you to third parties which is why DuckDuckGo is launching its new App Tracking Protection feature.

The trackers currently used in many popular apps are designed in such a way that they can record your activity such as where you are, what you’re doing, where you’ve been and even how many hours you sleep at night in real time without your knowledge.

In fact, 96 percent of the popular free Android apps tested by DuckDuckGo using rankings from AndroidRank.org contained hidden third-party trackers. Of these apps, 87 percent sent data to Google and 68 percent sent data to Facebook with a report from AppCensus finding similar results.

While Apple recently released its App Tracking Transparency feature to protect iPhone and iPad users from unwanted tracking by the apps on their devices, no similar feature exists for Android which is why DuckDuckGo has launched its App Tracking Protection feature in beta in its existing app.

DuckDuckGo’s App Tracking Protection for Android is free and blocks trackers it identifies in other apps from third-party companies and is now built right into the DuckDuckGo Android app.

Once the feature is enabled, the app will detect when your other Android apps are about to send data to third-party tracking companies found in its app tracker dataset and block those requests. End users can continue using their apps as they normally would with the added peace of mind that they’re not being tracked.

App Tracking Protection runs in the background and will continue to block detected trackers throughout all of your apps even while you’re sleeping. DuckDuckGo also plans to continue working to identify and protect against new trackers going forward.

While its App Tracking Protection is not a VPN, your Android smartphone will recognize it as one since the feature uses a local VPN connection. This means that its tracking protection takes place right on your device and your app data is never routed through an external server.

Users interested in preventing their apps from tracking them can download the DuckDuckGo app for Android and head to its settings menu to join the private waitlist for the company’s new App Tracking Protection feature.