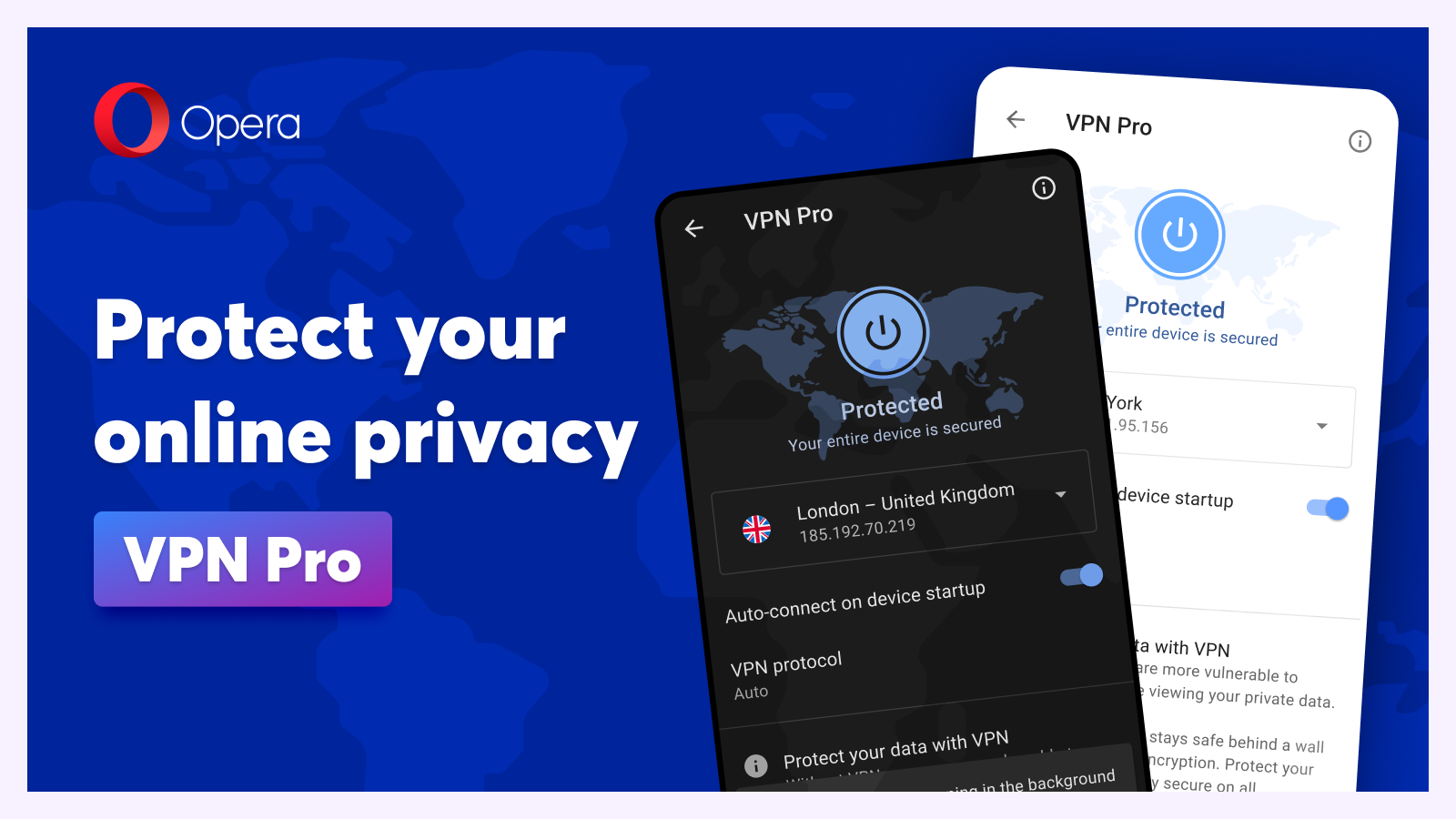 Opera has announced that the premium version of its in-built browser VPN has exited beta testing and is now widely available.

Launched last month, Opera VPN Pro is billed as a device-wide VPN that provides users with additional security and privacy protection for their Android smartphone (opens in new tab).

Although the service comes at a cost, Opera says it can shield up to six Android devices at once and benefits from advanced encryption technologies. New versions for iOS and desktop platforms are also in the works.

After becoming the first major browser to include a free built-in VPN five years ago, Opera is now stepping up the quality of the protections on offer.

Just like the free VPN, Opera VPN Pro is a no-log service (opens in new tab), but it also offers access to more than 3,000 private network servers in over 30 virtual locations worldwide. This allows users to stream videos, download files and browse the web securely when connected to public Wi-Fi (opens in new tab).

Unlike the free version, Opera’s premium VPN shields the entire device (as opposed to just browser activity) and can also be run in a data-saving mode so that users don’t go over the limits of their mobile phone plans.

In normal circumstances, the new service will cost between $1.99/£1.59 and $5.99/£4.89 per month, depending on the duration of the subscription. But for a limited time, it’s available for slightly less.

There is also a seven-day free trial period for new users to test out the service as well as a 30-day money-back guarantee.

“We at Opera have always been focusing on ensuring users’ privacy by constantly introducing free built-in advanced features aimed at protecting users when they are surfing the web.”

“Recently, we were spotting the increasing interest in trusted entire-device protection based on our users’ requests. That’s why launching a trusted VPN Pro solution was a logical further step for Opera.”